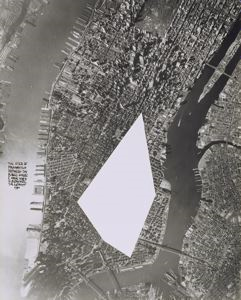 Sol LeWitt has been one of the most influential practitioners of Conceptual art, an innovative approach to art making that emerged internationally in the mid-1960s. Conceptual artists esteemed the original concept for a work of art as equal in importance to its material realization. What these artists proposed was a radical departure from the history of Western art, which had long placed primary emphasis on the craftsmanship and rarity of the final product. Several texts by LeWitt were pivotal in describing this new way of making art, especially his widely disseminated "Paragraphs on Conceptual Art" (1967) and "Sentences on Conceptual Art" (1969).1 LeWitt has explored his ideas in a wide variety of media, including wall drawings, works on paper, structures, artists' books, furniture, stage designs, ceramics, carpets, wine labels, and wristwatches. To LeWitt (though not to the art market) each medium is seen nonhierarchically as equally valid and, in an ideal world, as equally valuable. This approach to the medium is paralleled by the structure of most of LeWitt's works, in which each individual component of the whole is understood to be equal in interest to all other components.

Eager at the time to depart from the subjectivity that has been a foundational element in Western artâthat is, each artist's unique sensibilityâLeWitt and others sought ways to avoid the myriad subjective decisions that have traditionally informed the artistic process. For LeWitt, a preset plan, carefully thought out in advance, was a useful device. Often he would explore in serial fashion a finite set of possibilities.

LeWitt also chose to keep his visual vocabulary simple and concise, for a long while using only straight lines in four directions and basic geometric shapes. Even to this day, he continues to restrict his palette to red, yellow, blue, and black. From these simple elements, harnessed to predetermined systems, he has created many intriguing and beautiful results. Almost always, his work embodies a playful sense of inquiry.

Fifteen Postcards is made up of fifteen postcards sent through the U.S. postal system over a period of fourteen days (from 28 December 1975 to 10 January 1976) to the art historian Lucy Lippard, a close friend.2 Though made of modest materials, the work embodies one of LeWitt's signature strategies known as the "15-part composite drawing." Here (and in many other versions of this same idea, some wall-size) LeWitt presents all possible combinations of yellow, black, red, and blue: first, each color standing alone, then six different two-part combinations, followed by four different three-part combinations, and the culminating postcard with all four colors combined. The use of postcards, sometimes called "mail art," appealed to Conceptual artists, who were eager to explore alternative and inexpensive forms of distribution.

Taking shape over time,3 this multi-postcard piece is complementary to the many sequential photographs by Eadweard Muybridge in the Addison's collection. Indeed, the work of Muybridge was a profound influence on LeWitt. For LeWitt, Muybridge "offered a way of creating art that did not rely on the whim of the moment but on a consistently thought-out process that gave results that were interesting and exciting.â4 LeWitt felt that "as the Muybridge was a narrative of a man running so the combinations of a serial work function as a narrative also.â5

Two works based on aerial photography of Manhattan, where LeWitt lived at the time, employ devices that have also been central to his work. In Manhattan with Grid, LeWitt simply places a hand-drawn ink grid on top of a photograph of Manhattan, a city well known for being laid out on a grid. Said LeWitt, who has used grids extensively, "No matter where one looks in an urban setting there are grids to be seen. Whether decorative or functional, grids provide a kind of order."6 Manhattan's street grid is predictably full of exceptions all around its irregular edges. In contrast, LeWitt's grid, unfettered by social considerations and events of the past, is precise and "correctly" aligned with the edges of the paper.

While Manhattan with Grid is made by means of an additive process, The Area of Manhattan Between the Places I Have Lived is Removed is executed with a subtractive one.''7 A pentagonal shape is determined by connecting the five places in Manhattan in which LeWitt has lived and then cutting this irregular shape out of the photograph.8 Once again, LeWitt selects a preset plan (based on an existing set of facts) for making a work of art.

Together, these three modest but important early works by LeWitt provide a frame of reference for a major LeWitt wall drawing. Wall Drawing # 713 on the cove of the ceiling in the Addison's Gallery I. This wall drawing features twenty different, white, irregular, pentagonal forms against backgrounds of layered combinations of red, yellow, blue and/or black. LeWitt designed the drawing especially for the space and its occupants: it enters into a friendly and self-assured dialogue with both the architecture of Charles Piatt and the remarkable collection of works by Eakins, Homer, Whistler, Chase, Sargent, Sloan, and Hopper that often find their home in this gallery.

From the incidental and small to the celestial and monumental, these four works illustrate the balance of consistency and change that has informed LeWitt's oeuvre over the past three decades.

3. In fact, the passage of time is recorded quite literally on the postcards themselves. Over the duration of this piece, the cost of postage rose from 7 cents to 9 cents.

7. LeWitt has used such subtractive strategies on a number of occasions, most notably in his elaborate Variations of Incomplete Open Cubes series of 1974 and in various isometric shapes presented with sections removed.

Your current search criteria is: Exhibition is "Sol LeWitt".